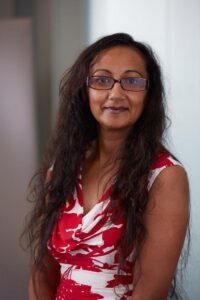 In 2020, Sumita started her own company, providing business mentoring to guide and support organisations to achieve their objectives in strategy development, project management and delivery, policy and advocacy, strengthening PFM, public sector audit and assurance, stakeholder engagement and communications.

Sumita’s 35+ year career includes being a practicing public sector auditor with the Audit Commission, before joining ICAEW in 2001. In this latter role, Sumita successfully led in the delivery of the public sector strategy, including its policy and technical work on public sector audit and assurance, and in particular, local public audit; she researched and authored numerous technical and thought-leadership publications; contributed to consultations and discussions on international and European public sector financial management issues; edited organisational newsletters and journals; and uniquely, she worked with UK government departments to help them develop their grants assurance frameworks, facilitating workshops between the departments and audit firms to help them find workable solutions. She also previously worked with ICAEW mediation service to resolve civil and commercial disputes.

Sumita has presented and participated at key international conferences, panels and high-profile round table events. She has delivered training on a variety of topics including to the Ukraine National Forum of Accountants, and the Croatian Chamber of Auditors. She has facilitated workshops between the Cypriot Finance Ministry and TROIKA and mediated between the parties to help them arrive at a solution on their bailout agreements. She has also organised and delivered conferences and learning events.

Sumita has a long history of volunteering in humanitarian settings. This includes Crisis’, the homeless charity where, until 2015, she supported the development of its Christmas project and training to volunteers, re-wrote its Christmas project policies, as well as led the running of one of its homeless shelters during the Christmas period. Since 2015, Sumita has operated independently in Greece, to provide operational and logistical support to grassroots agencies and volunteers. In emergency situations, she sometimes has to react quickly, identify issues, offer solutions and drive forward their delivery. She is often called upon to de-escalate conflict situations and find solutions to difficult and, what can sometimes be, life-threatening situations. Recently she has been developing safeguarding policies and protocols for the grassroots community and facilitating trauma-informed training to volunteers working with unaccompanied asylum-seeking minors.

Sumita is a Chartered Accountant (ACA) with ICAEW, a Chartered Public Finance Accountant (CPFA) with CIPFA and a member of the Association of Accounting Technicians (MAAT). She sits on the International Advisory Group of the Public Finance for Women and is a member of a UNHCR Communications with Communities working group in Greece. Sumita is an accredited Civil and Commercial and Workplace mediator with the ADR group. She is also a Mental Health First Aider with MHFA England.

She was previously a member of the Confederation of Asian Pacific Accountants’ Public Sector Financial Management Committee, the UK’s Ministry of Health, Communities and Local Government’s Local Audit Delivery Board and its Local Audit Sub-Group. She previously held Board level positions with two charities and was also a member of the Crisis at Christmas Steering Group. She was a judge for the Women in City, Future Finance Leaders Awards Panels for 2016 and 2017

Sumita is a keen trekker and has carried out a number of Charity treks including to Machu Picchu (Peru), Kilimanjaro (Tanzania), Everest Base Camp and Mera Peak (Nepal).

If you need help with civil, commercial or workplace mediation click here and give us a call.

Welcome Sumita Shah to our team

This site uses Akismet to reduce spam. Learn how your comment data is processed.

We use cookies on our website to give you the most relevant experience by remembering your preferences and repeat visits. By clicking “Accept”, you consent to the use of ALL the cookies.
Cookie settingsACCEPT
Manage consent

This website uses cookies to improve your experience while you navigate through the website. Out of these, the cookies that are categorized as necessary are stored on your browser as they are essential for the working of basic functionalities of the website. We also use third-party cookies that help us analyze and understand how you use this website. These cookies will be stored in your browser only with your consent. You also have the option to opt-out of these cookies. But opting out of some of these cookies may affect your browsing experience.
Necessary Always Enabled
Necessary cookies are absolutely essential for the website to function properly. These cookies ensure basic functionalities and security features of the website, anonymously.
Functional
Functional cookies help to perform certain functionalities like sharing the content of the website on social media platforms, collect feedbacks, and other third-party features.
Performance
Performance cookies are used to understand and analyze the key performance indexes of the website which helps in delivering a better user experience for the visitors.
Analytics
Analytical cookies are used to understand how visitors interact with the website. These cookies help provide information on metrics the number of visitors, bounce rate, traffic source, etc.
Advertisement
Advertisement cookies are used to provide visitors with relevant ads and marketing campaigns. These cookies track visitors across websites and collect information to provide customized ads.
Others
Other uncategorized cookies are those that are being analyzed and have not been classified into a category as yet.
SAVE & ACCEPT
Page Reader